Stay up to date with all of the latest news with SZapp!

Well the end of the year has finally come. This is a very emotional time for me as I need to say my goodbye to a place that I have grown to love and to people who have become very dear to me.

I would like to thank every one who has been apart of my time here. I especially want to thank my team

To our Parents who have raised some amazing kids, you should be ever so proud of them and it has been lovely to get to know you. I will miss you!

Lastly to our students, the reason we are all here. It has been an absolute pleasure getting to know you all and teaching you. I am so sorry that I can't be here for a few more years. I would really have loved to do that. I am definitely better off from knowing you all. I love every single one of you!

I would also like to thank all of our supporters, we are blessed because of your support.

To the TLG for coming and being so much fun.

And a special thank you goes out to Deadly Science for everything you have done to enrich our students lives, for all the books and merchandise you supplied to inspire our students.

Love always to all of you x x x x

Ms Fiona, Jahlile and Florrenza attended the Tidy Towns Awards in Perth on Friday 27 November. The event was just one of many experiences over the three day excursion.

Getting ready for the Awards - before and after 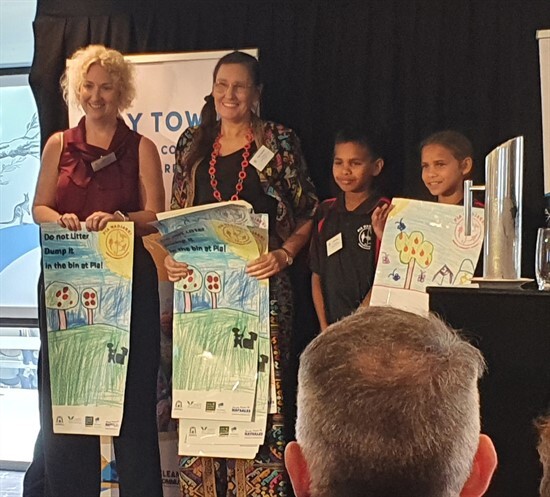 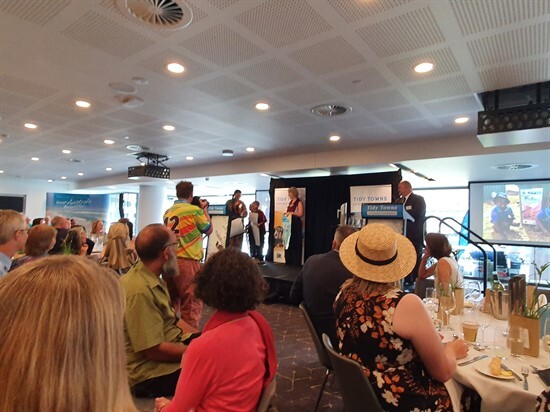 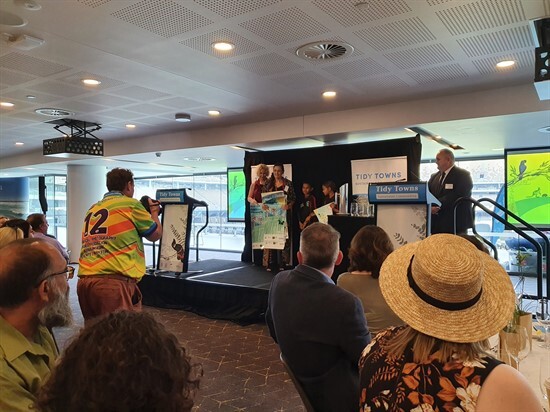 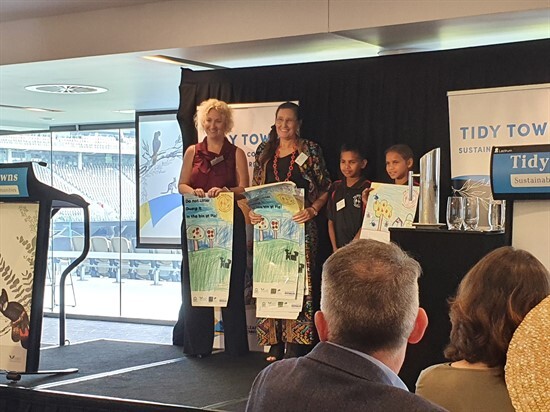 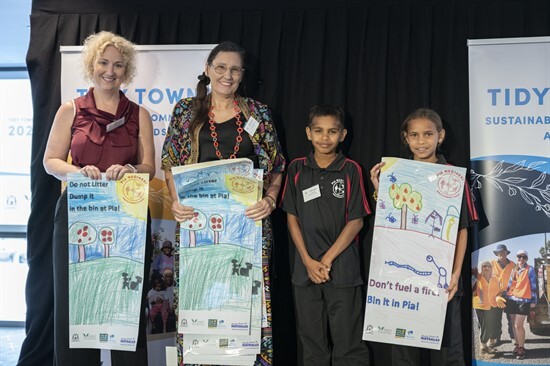 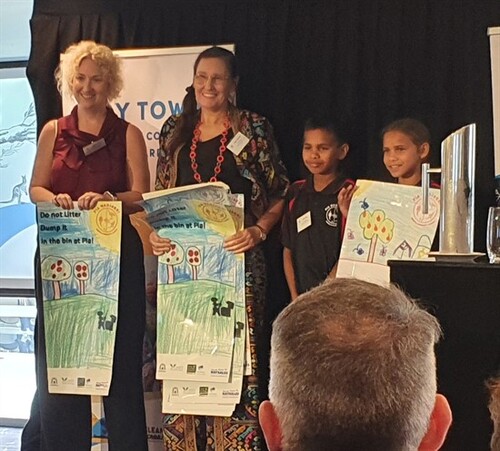 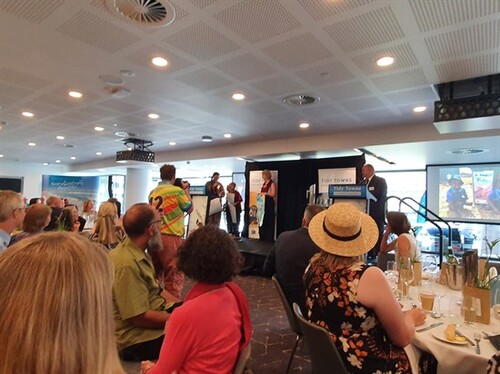 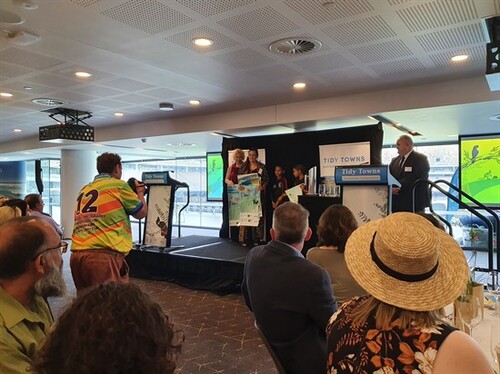 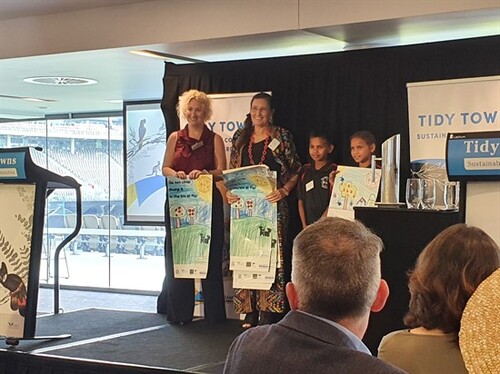 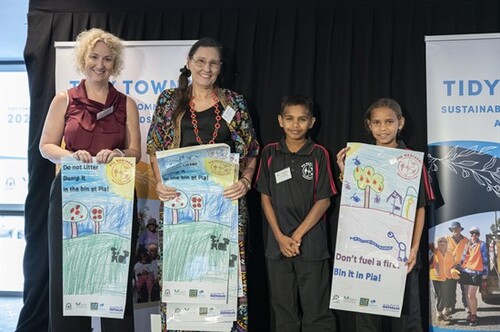 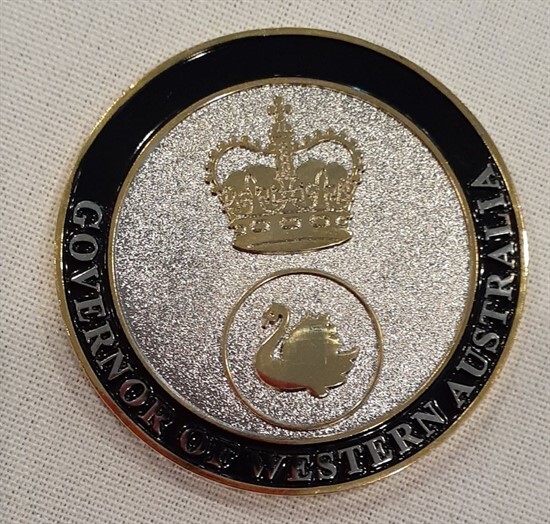 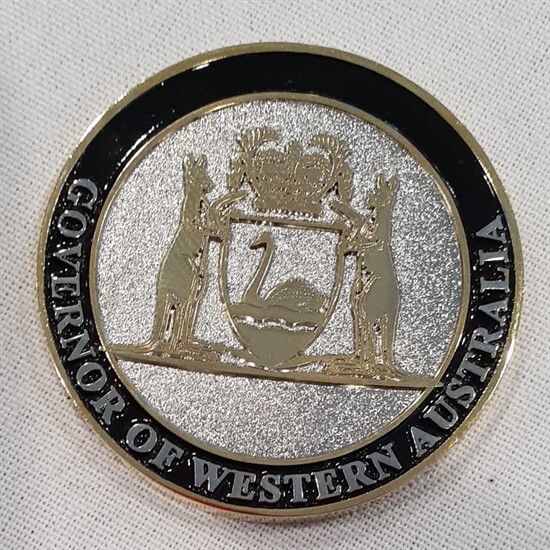 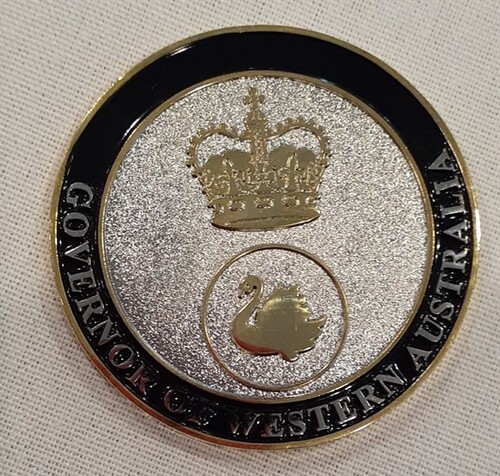 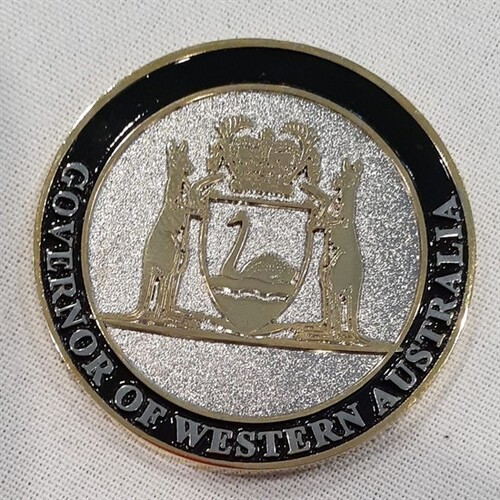 Meeting the Governor of WA and receiving a Governors coin

I am so proud of our students. They spoke so well in front of a large crowd and every one was so impressed with their behaviour and composure.

A message from Tidy Towns

Thank you for attending the Awards – it was very special to have Jahlile and Florrenza join us, they did a fantastic job of speaking.

For me the day was caught in the photo of the coin. The Governor giving coins to them without any fanfare sums up actions of those we celebrated at the event, community members being recognised for their quite actions. How wonderful. I know this will have a transformative effect on their lives, they will always remember that day. 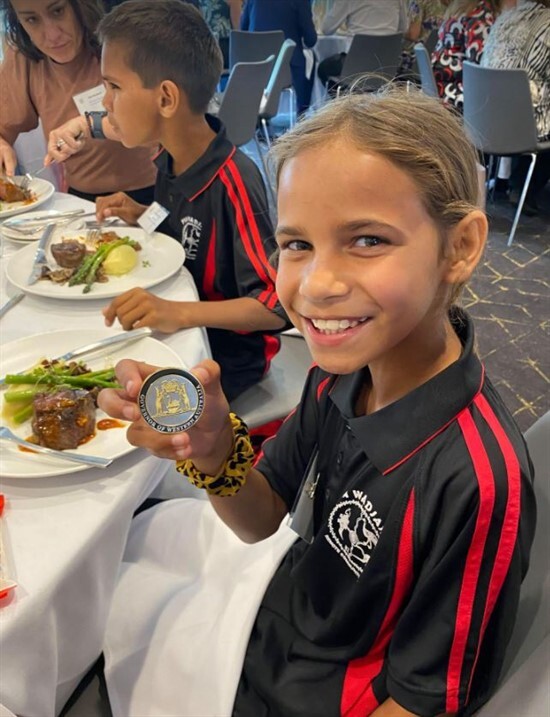 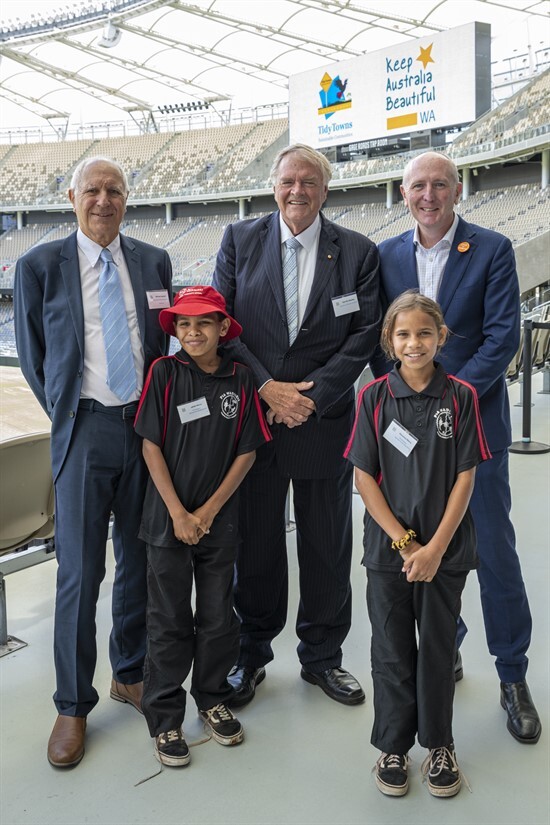 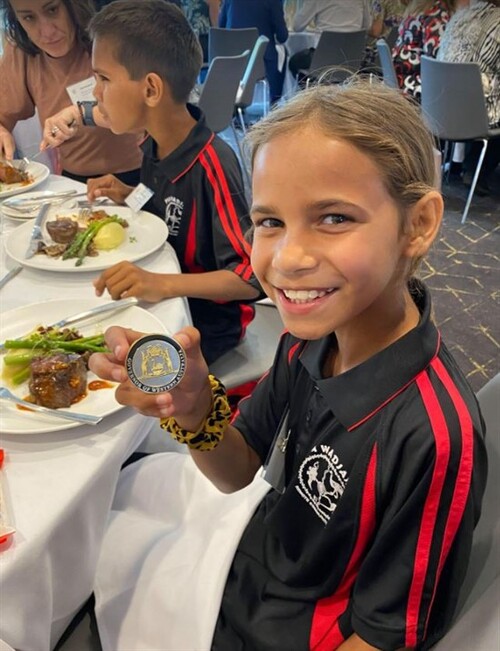 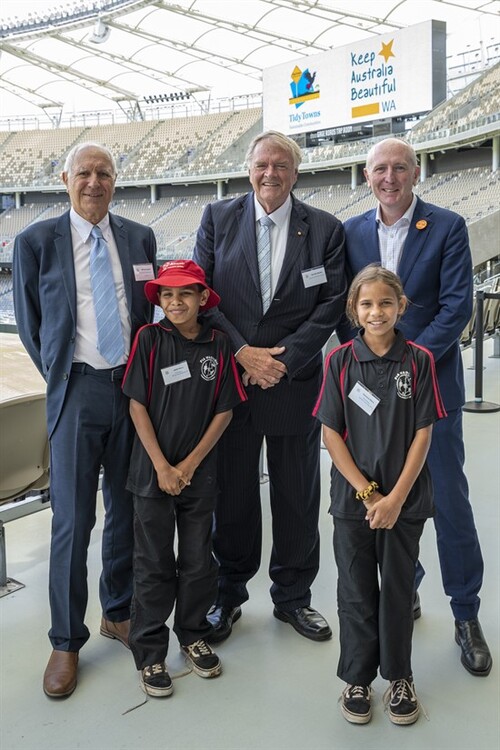 A special shout-out to Jahlile and Florrenza from Pia Wadjarri RCS in Murchison! The Governor met Jahile and Florrenza at the Keep Australia Beautiful WA Tidy Towns Sustainable Communities Awards last week.The students were representing their school as a finalist in the Environmental Education award category.
The Governor Kim Beasley was impressed with how proudly and confidently Jahlile and Florrenza spoke about their school’s projects – including a bush-tucker garden and a native animal rehabilitation program – and gave them each a special keepsake coin. Congratulations to Pia Wadjarri for their inspiring efforts to Keep Australia Beautiful!

We had to go on the ferry! The zoo was shut but we still went to have a look where it was. Then we caught the ferry back just because we can!

A wonderful day was had by all at Mullewa Pools. Fantastic rewards day!

Tennis with Yalgoo. A fabulous experience as always with the lovely staff and students there and the amazing guys from Tennis West, Geraldton. Thank you so much!

We all enjoyed cooling off at the water park. thank you Yalgoo Shire!

Walga Rock had some amazing rock art. It was facinating to see.

The Cue CRC and Discovery Centre had so many olden day things to look at, artifacts and amazing rocks. The students and staff were fascinated!

Walking around Cue we found a lot of interesting places.

We had fun with the Cue staff and students and Pastor Geoff!

Our visit and over night stays at Cue Primary School was amazing! Thank you so much to the staff and students at Yalgoo PS and Cue PS for having us. It was a wonderful experience and thank you for joining us in our friendship focus activities. We hope you can come and visit us next year! 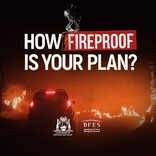 Please join us for an introduction to the new bushfire planning tool developed for the 2020/21 season which was  launched by the Commissioner and Minister on 29th November.

We would like to help as many people as possible complete their bushfire plan in the coming season.

For those that aren’t aware, DFES Media have been working hard to develop a new MYBUSHFIREPLAN platform which will replace Fire Chat.  This improved version is easier for community to use, and helps to better walk them through the planning process, with the tangible outcome of a printable plan.

Mybushfireplan is a mobile-responsive website and companion app designed to inform, challenge and empower Western Australians to create better bushfire plans. It balances simplicity and intuitiveness with the detail required to ensure robust plans. Mybushfireplan is evidence based and developed locally by the Department of Fire and Emergency Services for WA.

Pia Wadjarri RCS paid homage to past and present students [as at 2018] and their Elders by capturing what it is like to live on country and learn language, and recording this via an augmented reality book.

What does augmented reality mean? It is a process of videos that are paired to images that, by scanning with the Academy Live app, will come alive.

Interviews were recorded with Elder Lenny Merry along with Lawrence Merry and family.

There were limited editions printed however there are a few books still available for sale at $40.00 per book.

For further information please contact the Manager Corporate Services, Sonia Nelson, on 9923 5204 or by email sonia.nelson@education.wa.edu.au

Wishing you all a very Merry Christmas and a safe term break, we look forward to seeing you back on Monday 1 February 2021. 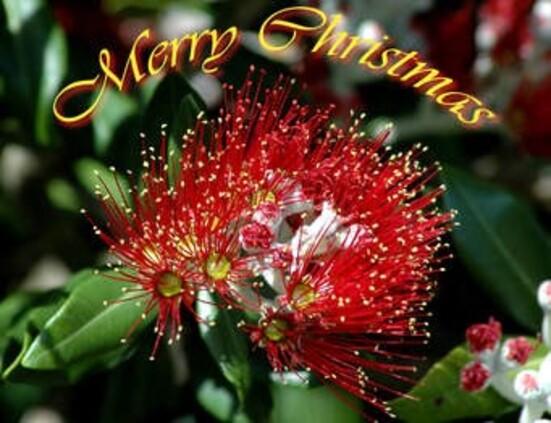 18 Chapman Road
Geraldton WA 6530
Support Network
Provide advice and assistance when you are experiencing difficulties to help you solve problems or to stop them getting worse.